Our movie idea, developed from the initial plot point of a meteor crash landing in Belfast, is that the statue outside of Victoria Square – entitled The Spirit of Belfast or ‘Big Squiggly’ as our group nicknamed it – would be imbued with alien energy and come to life and interact with the people of the city.

Although we agreed that this film would have a fun, family-friendly vibe (think Spielberg or John Hughes) the person we decided to look at as our main point of reference is Brad Bird,  a very dynamic filmmaker who has worked both in animation and live action.

Bird has a sense of playfulness in his films, but there is also a lot of style and dynamism in his work. This video helped us to identify some aspects of Bird’s signature camera style:

This PDF containing Brad Bird’s notes on storyboarding and shot composition was also a good help for our research.  From these sources we were able to identify a few key aspects of Bird’s style:

As part of our research we also looked at ‘Exploring Storyboarding’ by Wendy Tumminello.

Things we also discussed for our storyboards:

STORYBOARDING – FLOOBY NOOBLY.COM – This is pretty much the master post for storyboarding, lot of detailed information and examples.

I found this video detailing the process behind the chariot race from Dreamwork’s Prince of Egypt to be of particular interest to me.

The discussions about cinematography we had in class also reminded me of this video analysis of the opening sequence for the the 2016 anime series Erased – particularly a series of carefully composed shots, the analysis of which begins at 2:15 in the video below. The staging and the way the motion within each shot guides the eye to the focal point of the next cut is what stood out to me the most here (addressed at 3:40 in the video).

I also have these useful notes and tips on basic storyboard composition: 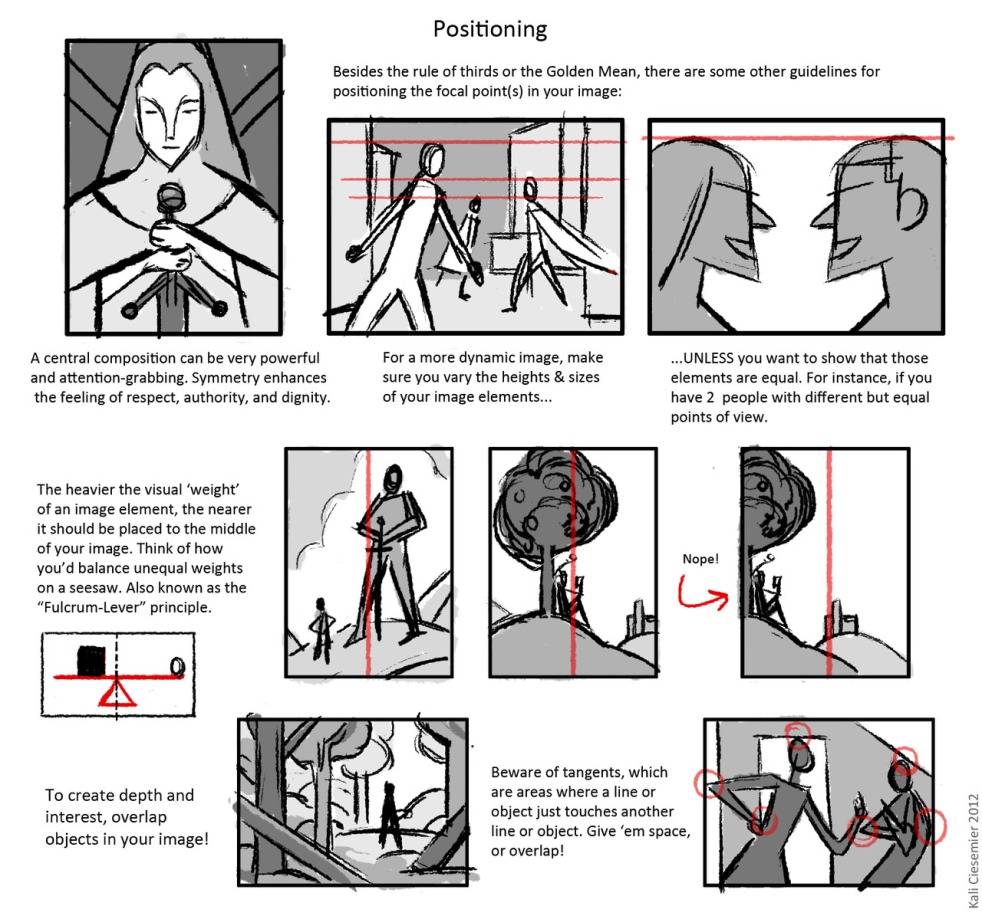 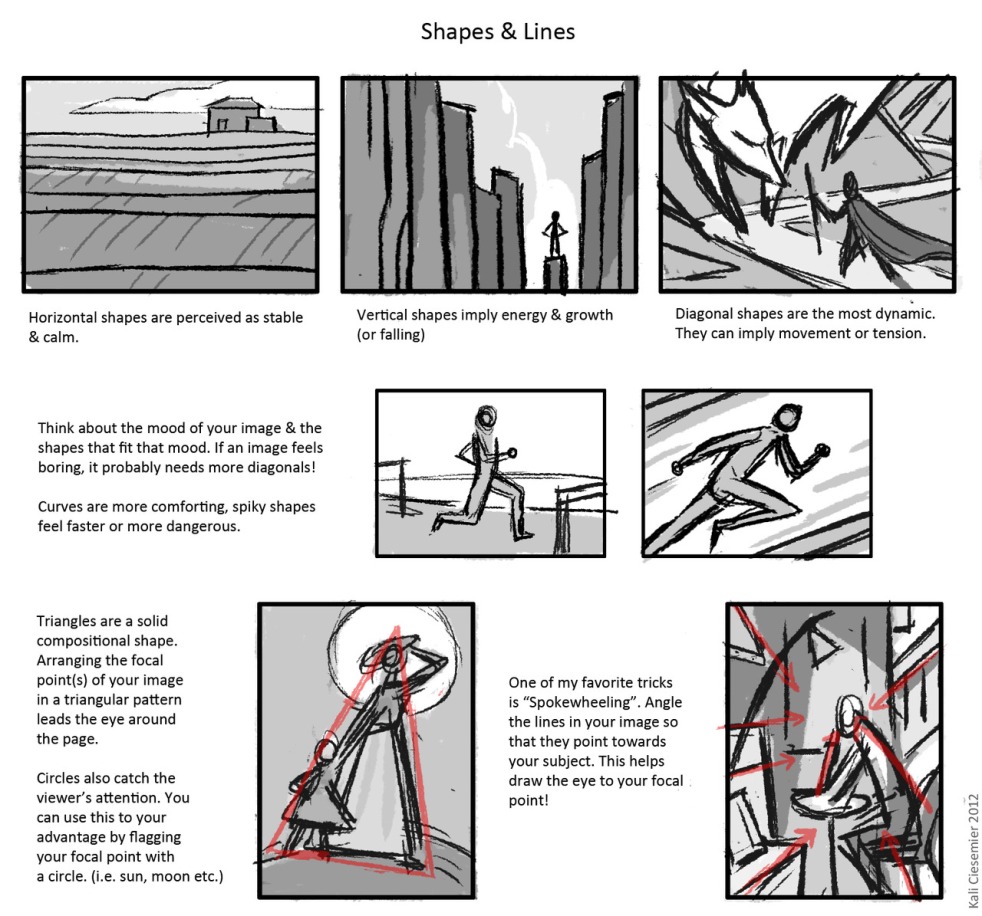 There is also this excellent video with more detailed information on composition, applicable to illustration and  3D art as well as storyboarding, very helpful: